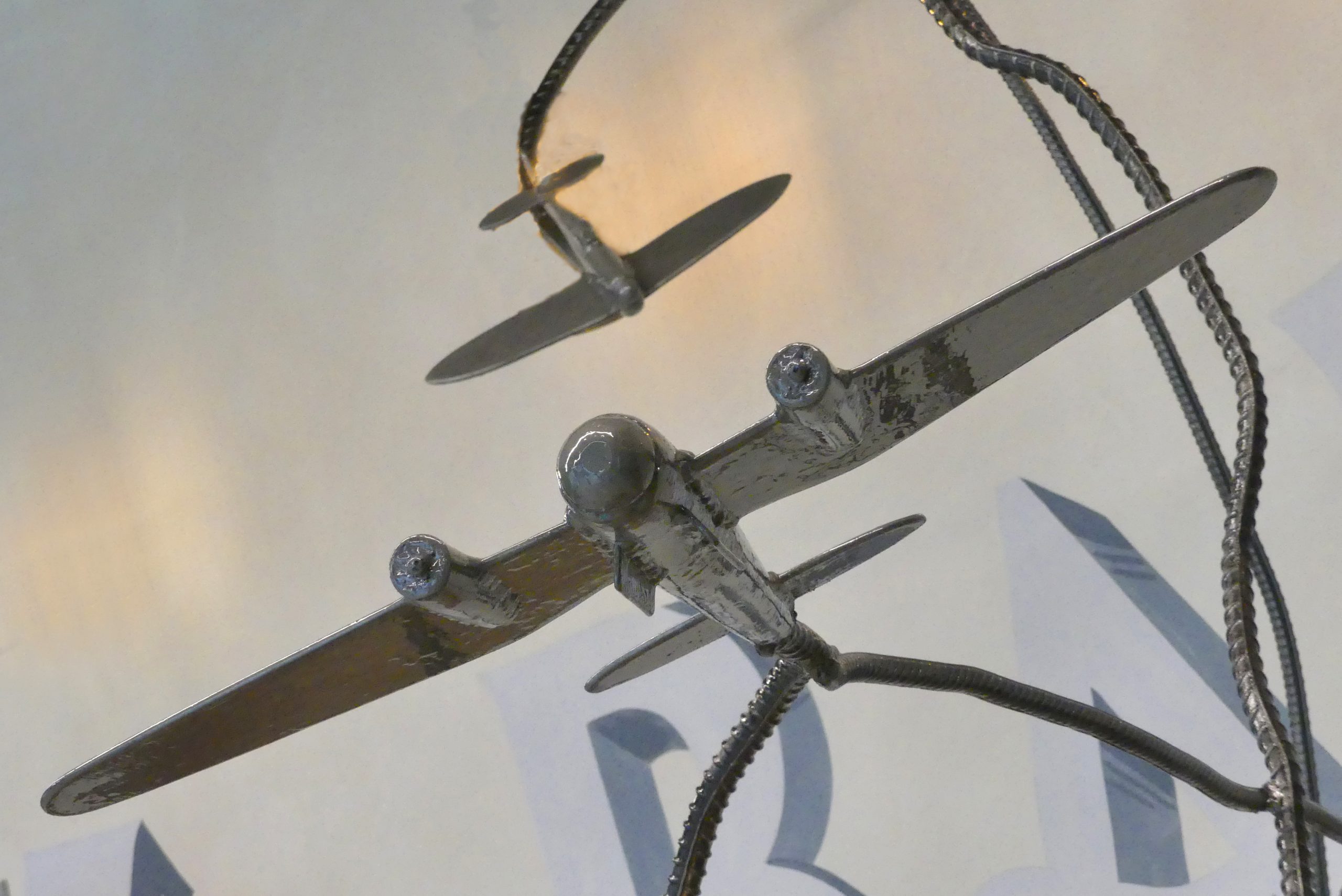 The new sculpture of Lock 29 depicts the events of 7th September 1940 when Banbury Lock was bombed. Repair and rebuilding was carried out quickly at the time as the canal was considered to be essential for the war effort,. The repair date of 1940 can still be seen on a stone built into the side of the lock.

This is the creation of blacksmiths Jamie Simmons and Graham Symons working in the forge at Tooley’s Boatyard. They designed and made the sculpture of Lock 29 as an aerial view in 1940 to remember the 80th anniversary of this terrible event.

The Royal British Legion will be using this sculpture to assist fundraising with this year’s Poppy appeal.

The unveiling of the sculpture took place on Saturday 5th September 2020 at Castle Quay. It is located just outside the new “Lock29” outlet recently opened.

Lock 29 on the Oxford Canal is the 29th lock counting from the northern end at Hawkesbury Junction where it joins the Coventry Canal. The last lock before Oxford is number 45 at Wolvercote.